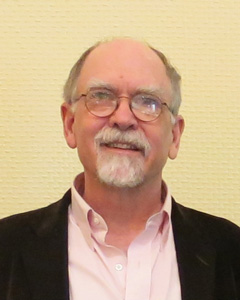 Professor Block is a political and economic sociologist who began his research on the role of the state and industry in fostering technology innovation about seven years ago. He was awarded a highly competitive Ford Foundation grant in 2011 (in retirement, for $235,000) in support of policy-oriented research on the democratization of finance and the reform of the U. S. innovation finance system. Block's work on the U.S. innovation system provides powerful documentation of the centrality of the U.S. government's role in moving technologies from the laboratory to the commercial space. Block's work shows that whether it is computer and information technology, biotechnology, nanotechnology, clean energy technology, or other fields, the public role has been indispensable in supporting the key technological breakthroughs.

Block has gone on to document the specific channels through which public-private collaborations have been instrumental in the U.S. innovation system. For example, at a recent conference in Chile, convened by the Comptroller General of Chile, the Consortium of State Universities of Chile, and UC Davis (with keynote address by Provost and Executive Vice Chancellor Ralph Hexter), Professor Block elaborated on this central insight by analyzing the importance of technological transfers from universities to industry. He has shown the critical role played by the Small Business Innovation Research Program in supporting small high tech firms, and the book that is under contract with Harvard will provide new data on the extent to which private firms are involved in ongoing collaborations with publicly-funded laboratories. In short, Block and his team have helped show that the process of innovation is no longer dominated by large corporations. In the current global economy, in which intellectual, technological, and other innovations are key to prosperous economies and the well-being of the world’s citizens, Block’s work has helped debunk the widespread claims that the "free market" alone will drive the innovation process. On this score, his work is critical for a number of different constituents, in the U.S. and around the globe: scientists, creative workers, university administrators, and a host of other researchers.

Professor Block has maintained a high profile in the policy world and has presented his research at conferences around the globe. He recently published a landmark book, with Professor Margaret Somers of the University of Michigan, on the legacy of social theorist Karl Polanyi. The book has received accolades from some of the most prominent economic sociologists in the world and has been reviewed in 16 scholarly journals thus far (list available upon request). Moreover, Professor Block has two more books in progress, one under contract with Harvard University Press, the other under contract with University of California Press. Fred Block exemplifies the kind of publicly engaged and effective scholar on which UC Davis prides itself.

An important measure of academic distinction is the degree of impact of one’s work. Fred Block’s international impact and influence are indisputable. His work on the government’s role in innovation has been cited in a number of government reports and he has been asked to speak to government officials in several countries. Since retiring he has been invited to give dozens of talks, including in South America, Asia, Australia, and Europe. With Matthew Keller (former UC Davis sociology Ph.D. student, now Associate Professor at Southern Methodist University), he wrote a chapter that was commissioned by the Asian Development Bank and he has written several papers for the United Nations Development Programme. Mariana Mazzucato’s 2013 book, The Entrepreneurial State, draws on his research and has had a major impact on the global policy debate.

The research has also generated a number of visible publications. He co-edited one book with Keller (State of Innovation: U.S. Government’s Role in Technology Development (Paradigm Publisher, 2011). Block has two other books under contract. The sole-authored Capitalism: \ The Future of an Illusion is under contract with University of California Press and the co-authored (with Keller and Dr. Marian Negoita) Innovation in a Postindustrial Society is under contract with Harvard University Press. Block has 21 other publications from this research and has several others in preparation.

While conducting research, publishing, and disseminating knowledge related to the topic of innovation, Block simultaneously has continued his work as an internationally renowned economic sociologist. A 40-minute video from the Institute of New Economic Thinking, in which Block discusses the book, is available at YouTube and has been viewed nearly 7,000 times. As a leading public intellectual, Block has written pieces for the Breakthrough Journal which is affiliated with an environmental think tank and other pieces for various websites and Dissent.

Author and co-author of four books with distinguished university presses since “retiring.” Many articles with more forthcoming. An academic with an international reputation, dedicated to using scholarly research to improve our society and our world.

Fred Block has continued to mentor and serve our students and our faculty, even after retiring. Block has been on the Ph.D. committee of 14 UC Davis Ph.D. students since transitioning to Research Professor status (chairing or co-chairing four of them). His retirement was a genuine blow to the quality of the Sociology department’s graduate program and to the level and quality of support for its students. He also continues to mentor a couple of junior colleagues in the department with whom he shares scholarly and professional interests. Although he has moved on to focus primarily on his own work and to engagement in intellectual communities around the world, Fred has remained committed to UC Davis sociology, energetically supporting the group of students who he came to know in the last few years he was active in the department. As Department Chair, I am indebted to him for generously sharing his wisdom, brilliance, and expertise with our graduate students and for continuing to do so in retirement.