You're encouraged to join our association for the low price of $25 annually or $200 for a lifetime membership. You may join online here or via mail with the paper form and a check.

Established in 1989, the UC Davis Emeriti Association (UCDEA) was formed to provide retired academics of UC Davis/UCDHS or other UC campuses living in the Davis/Sacramento area with opportunities for continuing interest in and support for the excellence of the University of California, Davis. See About the UCDEA.

The UCDEA represents UC Davis emeriti/ae and provides the following services and programs for its members:

Verne Mendel — With sadness, we share with you the passing of Professor Emeritus Verne Mendel on April 27. Verne’s many contributions to the UCDEA earn him a special association write-up. Verne was the Association president from 1994 to 1996, he had a foundational role in the UCDEA Video Records Project, and was the recipient of the Edward A. Dickson Professorship award in 2007 which he used to create the Centennial  DVD Project. MORE ON UCDEA WEBSITE. https://video.ucdavis.edu/media/Verne+Mendel/1_drl0ka5g/258234220

Raymond Huffaker — We are saddened to note the passing of emeritus professor Raymond Huffaker. Dr. Huffaker joined the UC Davis faculty in 1960 and retired in 1994. He was one of the first plant physiologists hired at UC Davis. Dr. Huffaker played a seminal role in the early development, visibility, and international stature of campus’ programs in agronomy and range sciences. He also contributed to the establishment of the plant growth laboratory in the 1980s and 90s, which later became components of the current Department of Plant Sciences. His research contributions focused on nitrogen metabolism and photosynthesis. He was appreciated as an outstanding mentor. The Dr. Huffaker Graduate Student Research Award in Plant Sciences continues that legacy. He will be missed. Many of his perspectives are highlighted in his 2005 interview with his friend and colleague, professor emeritus R. W. Breidenbach from Agronomy & Range Science. https://video.ucdavis.edu/media/Ray+Huffaker/0_vfovfiro

The Video Records Project has been creating an oral history of the UC Davis campus for about twenty years and will soon post its 500th interview. Accordingly, we hope that you will arrange for an interview to provide perspectives and information not only for your department but for families and friends as well. The process is easy to initiate. First, contact the UC Davis Retiree Center, and they, in turn, will connect you with a scheduler. See UCDEA Video Records Project for more details on the interviews below and how to get involved.

A Virtual 11th Campus: The Ninth Inventory of University of California Emeriti Activity 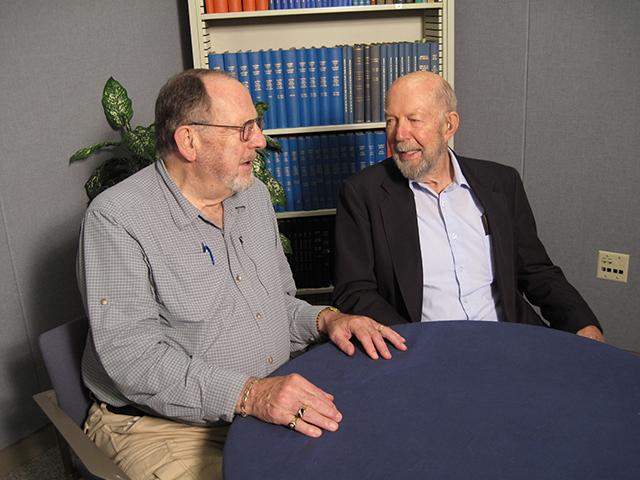